Vaults are the arched structural systems that are used as roofing or ceiling elements. Vaults are usually used in the areas where a self-supported roofing structure is required. The structure of a vault is complex and 3D details for such structures are required for accuracy in execution and prevention of rework.

We worked on a project for a rail station where we first worked on the details of the vaults and produced 3D models for the same. To produce the 3D models, our team studied the detailed architectural and structural drawings to get the exact information to be used in the production of the model.

Once all the data was thoroughly studied, 3D models were produced for the same. The 3D models contained all the in-depth structural information of the vault. All the elements used in the 3D model were then coordinated in 3D and checked for clash detections if any. The final 3D models were thus created that were free from all the clashes and were ready for execution on site.

The structural elements used in the project are the main lifeline of the project hence it is very much important that we create 3D models for such elements to avoid clashes and rework during execution.

Service in the project: 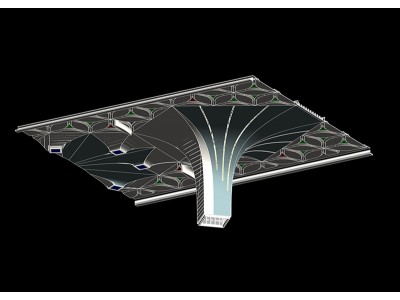